Organic Valley ESL Dairy milk is produced in Gippsland Victoria from 100% Organic Cows milk in a process that pasteurises the milk without compromising flavour or integrity.

Our process extends the life of the milk beyond regular fresh Dairy Milk so you have longer to enjoy the wonderful taste without worrying about expiration dates. 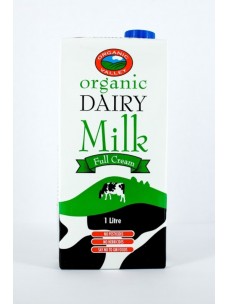